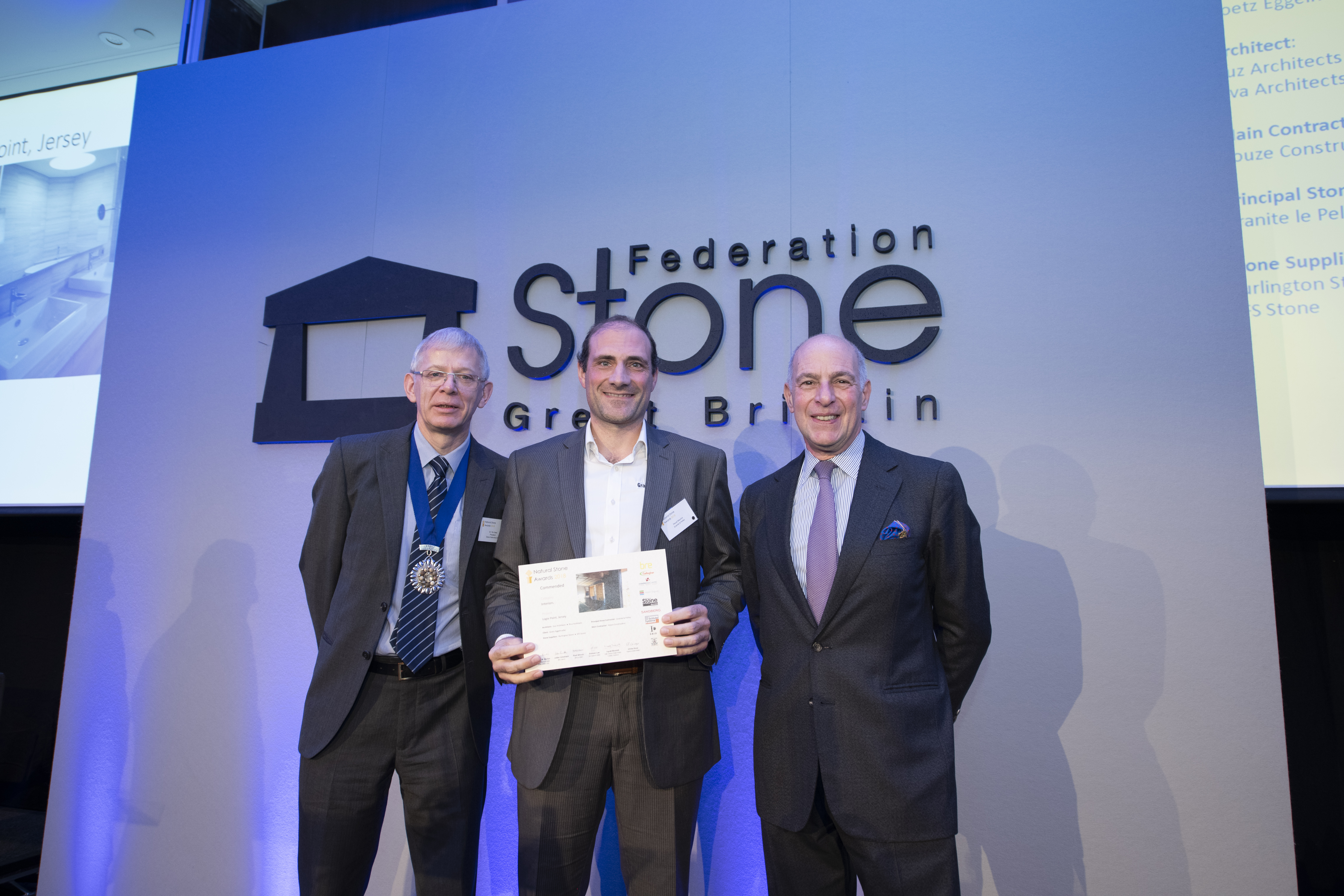 Granite Le Pelley came away with a Highly Commended and Commended award at the recently held National Stone Federation Awards.

The Awards, held in London on Friday 7th December was a fantastic opportunity to celebrate the very best that the natural stone sector has to offer and having received a record number of entries across the 9 categories, Pascal and his team were thrilled to be recognised for their work at Logie Point.

The interior aspect of the project came away with a Commended award with judges commenting on the care and attention to detail in the internal design and how it fully complements the exterior which won a Highly Commended in the New Build Traditional Style Stonemasonry Category resulting in comments about the crisp design sophistication and integrated assimilation to be sympathetic to the surrounding.

MD, Pascal Maurice, said, “Having the opportunity to showcase our work and achieving recognition on a national scale is a huge accolade to the Company and the Team. Logie Point was at times a challenging project and the fact that we have now won a number of awards recognises this and confirms our presence in the marketplace.”