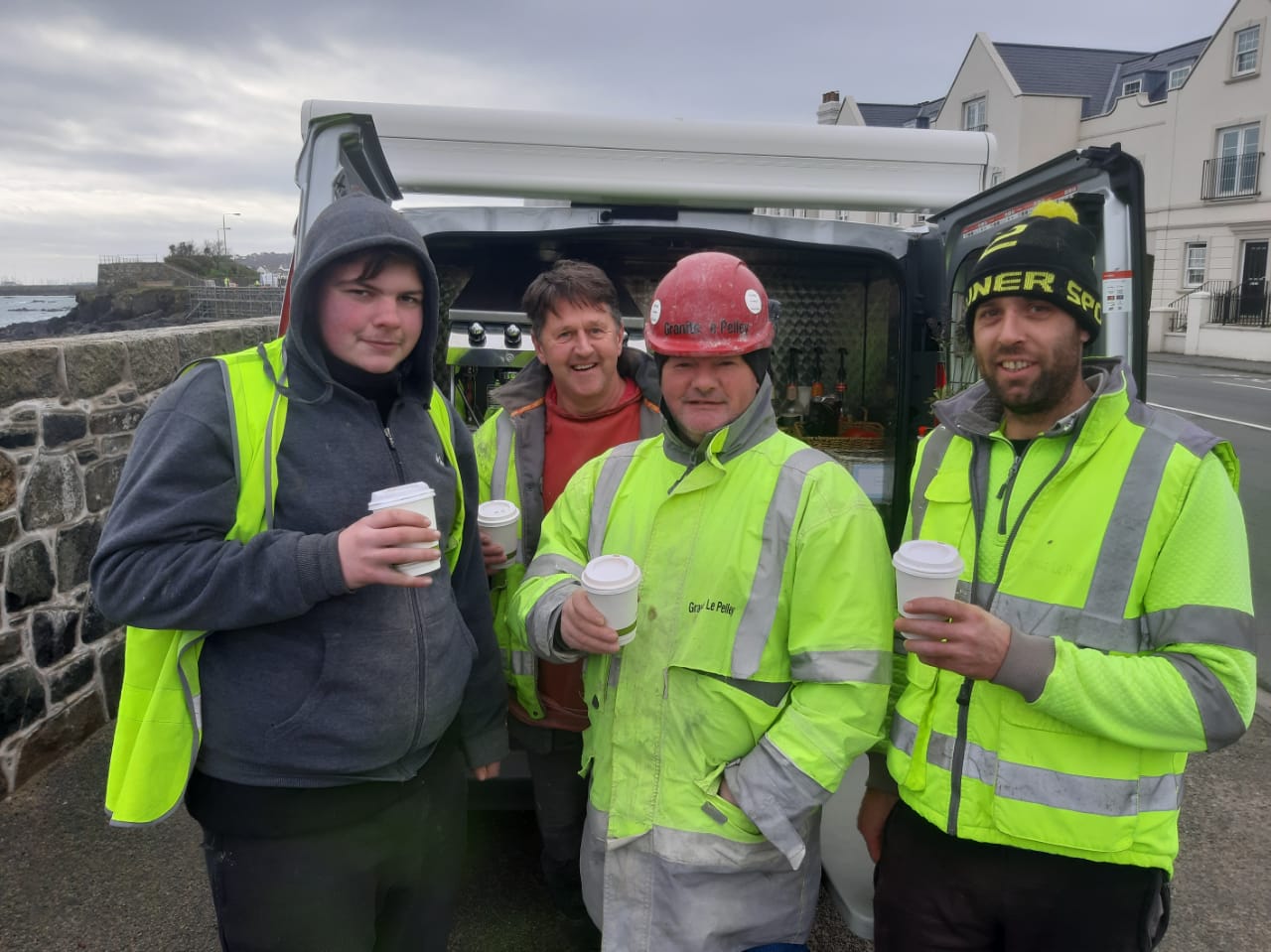 Granite Le Pelley are in the final stages of completing an 18 week programme to rake out & repoint 1200m2 of the main sea wall by the Red Lion in Guernsey.

We have had to work with the daily tidal conditions and with exceptionally challenging weather. We have in fact had an increase of 199% rainfall for the month of October in comparison with rainfall average between, 1981 – 2010.

Due to the close proximity to the road, cycle path and footpath, it was necessary for cyclists to dismount as they passed the works.  Despite some disgruntled murmurings it was imperative to put safety first and we received praise from several pedestrians for working in the terrible weather.  A kind regular passer-by left an envelope just before Christmas with a voucher to be redeemed for fourteen cups of coffee which were enjoyed by those on site.

Even under difficult circumstances the project is due to finish on time and in budget.