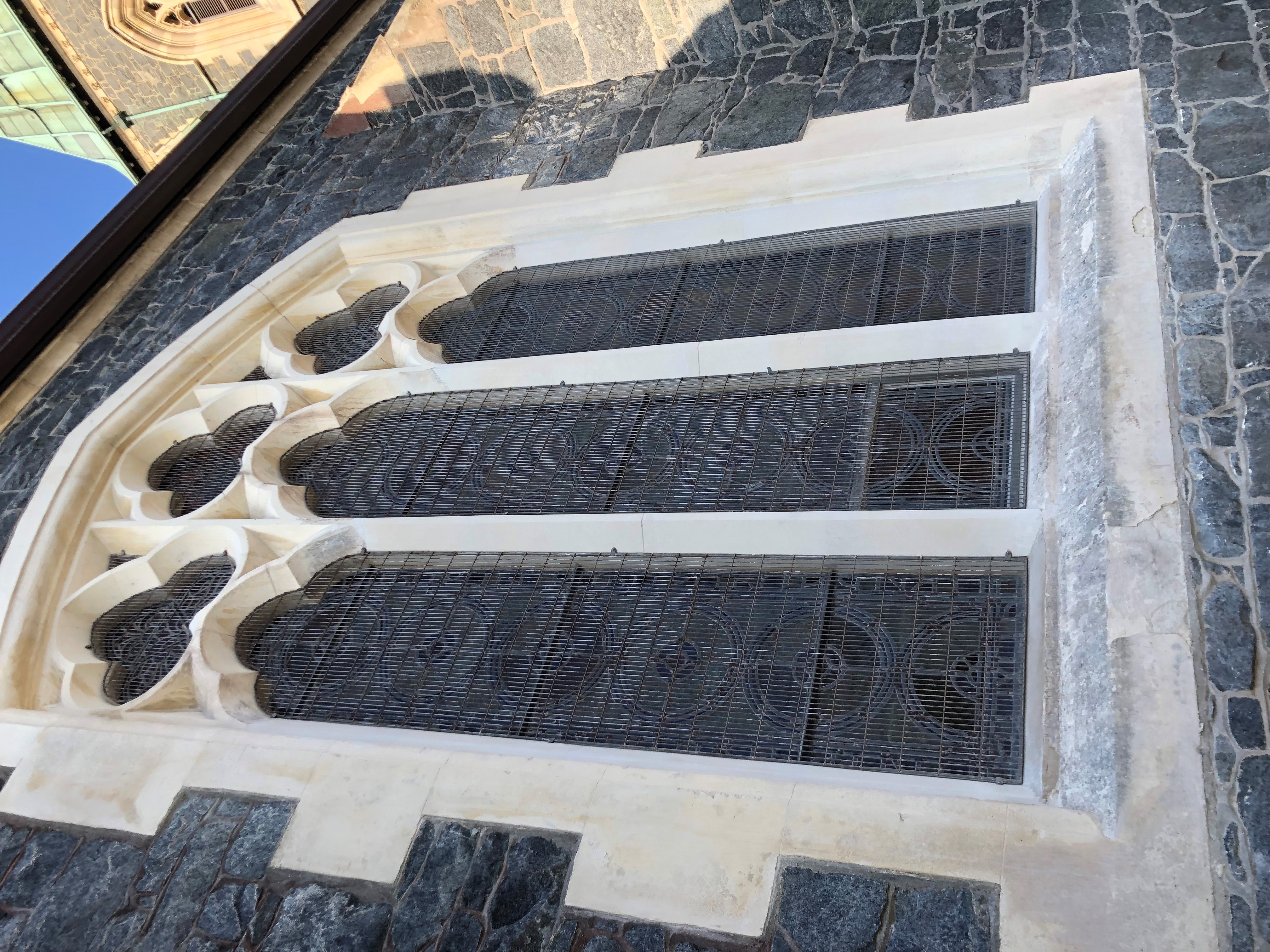 We have just completed the first two windows at St Joseph’s Church. The first job was to remove the stained glass which was done by Guernsey Glass Craft.  We were then able to brace/support the top tracery. This enabled us to remove the damaged mullions & jambs. The mullions came out relatively easily, however, the jambs were a different story, as we were only replacing the front section of stone, the old section had to be cut and chiselled off which allowed us to replace the front sections.

We have now set up ready to do the third and final window; this should be completed over the next few weeks.

The Building of the Church - now for a history lesson.

The foundation stone of St Joseph’s Church was blessed by Father Eugene Connatty on 21 May 1846, only a short time after the land at Cordier Hill had been secured for a new church.

Cardinal Wiseman, Archbishop of Westminster, opened St Joseph’s in 1851 however he was treated in a discourteous manner according to reports. The opening of the church received no coverage in local newspapers and a mob smashed the windows of his Euston Terrace residence.

The church was designed by Augustus Welby Pugin, whose work on the design of the Houses of Parliament is well known. It was in the gothic style, made almost completely of blue granite, with facings and pillars of Caen stone, and overlooked the town. Like many of Pugin’s buildings, St Joseph’s has suffered from the ravages of time and fashion.

‘The architectural importance of St Joseph’s lies in its being the only work in the Channel Islands of Pugin.’

‘Today Pugin is much more appreciated than perhaps he was more than half a century ago’.