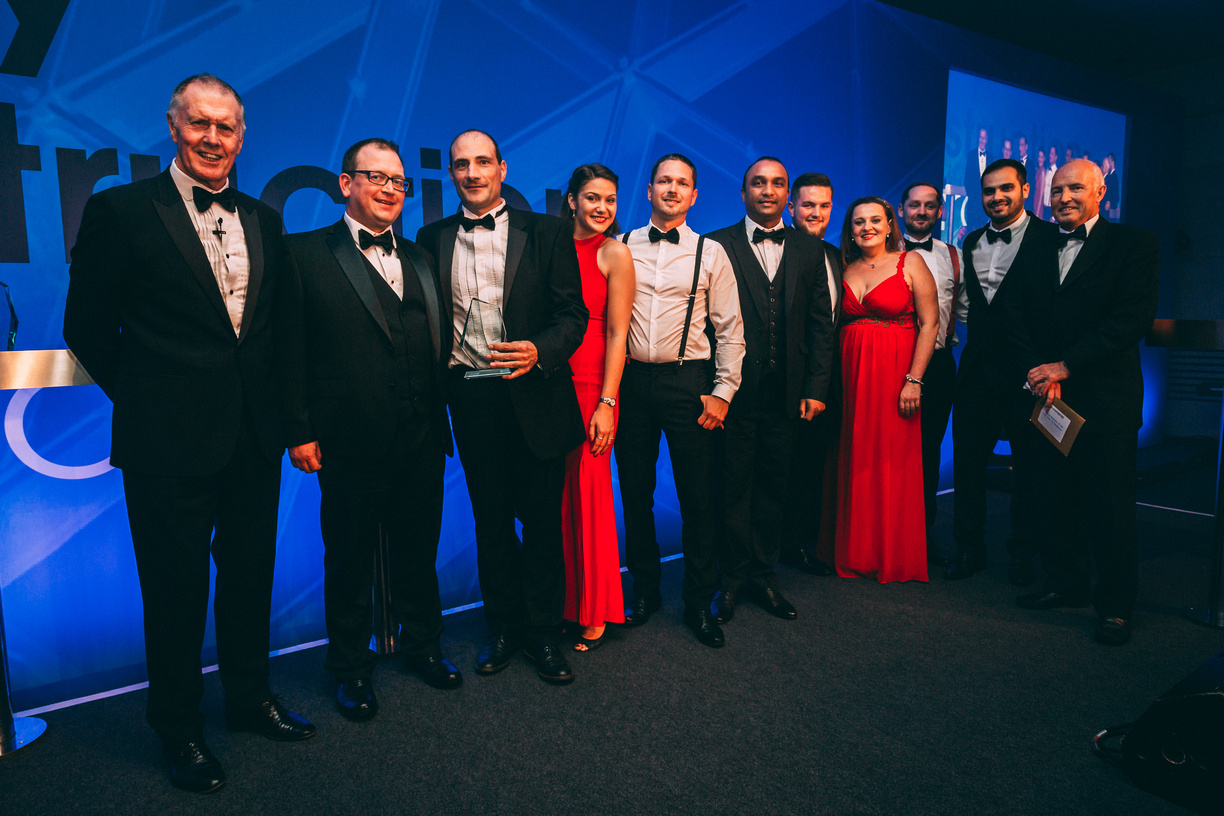 Success at the JeCC Construction Awards

Managing Director, Pascal Maurice, was awarded Industry Achiever of the Year whilst Granite Le Pelley’s contribution towards a private project called Logie Point was recognised in the Project of the Year up to £1m. The final accolade was receiving the 2018 Business of the Year which was a great way to recognise 10 years activity in Jersey and also gave the team a boost as they prepare for a new instalment of the company history with the opening of their new stone exhibition centre, Maison de la Pierre, on Thursday.